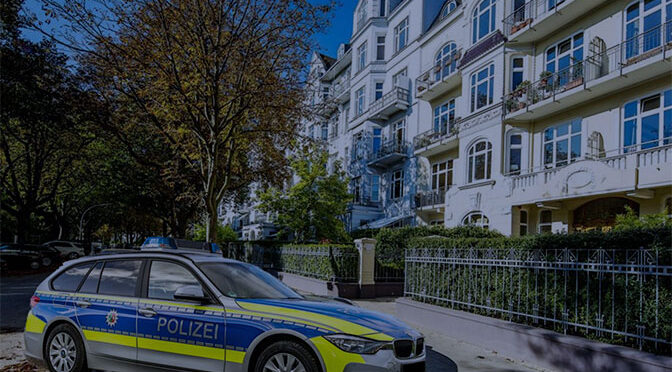 It is still true that in Hamburg it is not per se forbidden to show oneself undressed in public. It only becomes difficult at the moment when citizens feel harassed by seeing bare skin and express this.

In this particular case, the two young people are also said to have been made aware of their unusual behavior by pedestrians in Parkallee, and in the exchange of views that ensued they also became physical. The police report speaks in this connection of “attacks against passers-by“.

Punishment aggravating comes in addition that the two young defended themselves massively against the intervention of the called police and showed themselves even under the use of baton and pepper spray little guilt.

One of the two naked ones started the escape, ran by various gardens at the Grindelberg, tried finally even to steal the car of a straight parked delivery service, in which still the key stuck, in order to flee with it before the police.

Since he was apparently still somewhat inexperienced in driving a car, he had to continue his escape on foot after an accident and was finally apprehended in Klosterallee.

So let’s keep in mind: It is still not forbidden to walk naked through Harvestehude. However, it should be avoided as much as possible to draw the ire of passers-by. And if the police show up at the scene of the incident, discussions are pointless, because otherwise they are considered “resistance to authority” and can result in severe penalties.