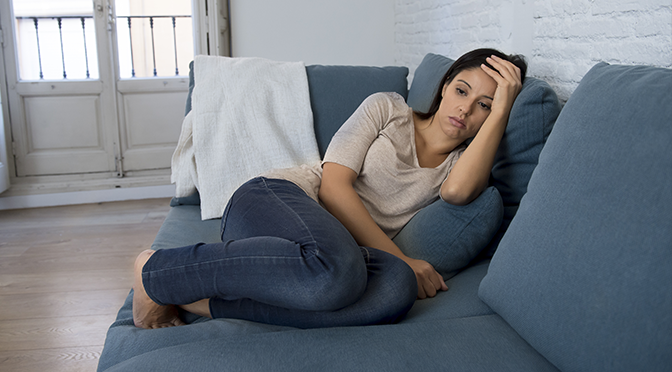 One word that rarely comes up these days is “reluctance.” I stumbled across it by accident the other day and thought it would fit the “ENF” genre quite nicely. Things happen “reluctantly“, that is, against the protagonist’s will. She has to deal with that emotionally.

In Stefan Zweig’s novella “Die Mondscheingasse,” there is another expression, now largely obsolete, that reflects the protagonist’s reluctance. The story is set in a French port city where the protagonist is accidentally stranded. While exploring, he ends up in a dive bar. A little later, another guest enters the place and immediately starts arguing with the landlady.

“And I dreaded the woman next to me, who had suddenly woken up from her limpness and was glaring so full of malice that her hands were trembling.“
(from: Stefan Zweig: Die Mondscheingasse – own translation)

Especially in the realm of synonyms, one often has to show a little empathy to see through the connection with reluctance. Horror can be a sign of violent reluctance, as the example above shows. Someone can be weary of something, feel distaste or even disgust, can be hostile to a situation, or simply lacking in desire. Some things are detestable to one, against others he cherishes a certain restraint or even vehement aversion. Against some people one has hostility, some things even cause nausea, or at least an unwillingness, unpleasure. Against others, one at least harbors resentment, a secret grudge, so to speak.

One can play with all these synonyms. But they all have the catch of naming the phenomenon rather directly.

In “Schauer der Vorwelt,” a neighbor watches as British occultist Alex Crowley drags things into his garret one night. The next morning, the window, which used to be open to view, is black.

“But to my dismay, the chamber was in absolute darkness. (…) An ice-cold shiver ran down my spine, and this was once more the occasion for me to enjoy the green herb with my coffee right after I got up.”
(from: Tobias Bachmann: Schauer der Vorwelt – o. t.)

Now the (ice)cold shiver has almost degenerated into a cliché, although it still appears frequently, especially in ENF literature. Sometimes the shiver “trickles” instead of running, which I personally don’t find quite as hackneyed, although it’s probably simply an older expression, since it can already be found in texts from the 19th century.

“She said, “I need time to think.” And that this could not bode well should be clear to everyone. When a woman says she needs time to think, she’s thought long enough.”
(from: David Foenkinos: Zurück auf Los – o. t.)

Turning away during a conversation falls into the same category:

“I often think about your pretty daughter, Oxana. Maybe she could work for me, too. I’m sure she’ll make a swell whore when the time comes.” I turned away; I felt sick, but I did my best not to show it. Never again could I lose control of myself.”
(from: Oxana Kalemi: Sie haben mich verkauft – o. t.)

The heavy swallowing is quite obvious: psychological strain, stress, and severe exhaustion are among the causes of the lump in the throat – and thus the feeling of having to swallow empty:

Matthew swallowed hard, reached into the inside pocket of his jacket, and did as he was told. He felt terribly exposed and helpless as he placed the device in the stranger’s open palm, robbing himself of any chance to get help.”
(from: Ina Linger: Sanguis Lilii – Volume I: Shadowhunters – o. t.)

When a woman is inwardly agitated, her mouth often becomes dry. Thus, if she moistens her lips, it speaks to her arousal or nervousness. Here is an example in which this coincides with the swallowing just mentioned:

“Laura moistened her lips and swallowed. “Okay.” She wanted Josephine, on the one hand, to hurry up, open her mouth, and release the stream of words so that she, Laura, could undo everything, everything, and never again, as long as she lived, have to enter that bedroom.”
(from: Emma Straub: Die Tage der Kirschgärten- o. t.)

Often it is stressors and psychological strains that initially lead to tension, and if the situation persists for a longer period of time, to persistent tension and cramping in the neck, shoulders and back:

“He stared into his friend’s tense face, and an ice-cold fist clenched his chest as he realized that no one here was in the mood to joke. William felt himself rebel inside, and his stomach rebel. He was ashen-faced when he left the room.”
(from: Ingrid Stender: Auf Ewig Gebettet – o. t.)

In John Steinbeck’s travelogue, “The Journey with Charley,” he recounts, among other things, the beginnings of desegregation in the United States. Little Ruby Nell Bridges still had to be taken to school with police protection. Four marshals secured the way from the car to the school door, while an angry mob made itself heard behind the barrier. Here is another phenomenon in which reluctance to leave an existing situation is clearly evident.

“I don’t think in all his life the little girl had ever taken ten steps without hopping, but now in the midst of his first hop the weight pressed him down, and his little round feet took measured, hesitating steps between huge guards.”
(from: John Steinbeck: My Journey with Charley)

Anyone interested in the physical signs of emotional states should definitely take a look at “The Emotion Thesaurus – The Writers Guide To Character Expression” by Angela Ackermann & Becca Puglisi. Without their work, the above compilation would not have been possible in this form.