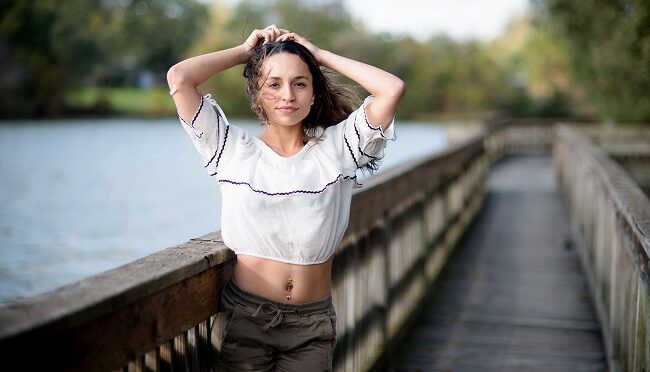 Until the advent of the bikini, showing the navel was taboo for women in the Western world. In Hollywood, the “Hays Code” of 1934 stipulated that no navel could be seen in films. And even today, some fathers get a rash when their pubescent daughters want to go to school belly-free.

Yet there are a variety of shapes – and some people even claim that its appearance says a lot about the person.

Omphalomancy – the reading of the navel

If you study the different forms of the navel, sooner or later you will also end up with omphalomancy – the teaching of the connection between the character and the form of a navel. Even though this teaching can be placed in the realm of esotericism, people have clearly taken the trouble to look more closely. And this is always helpful for us authors.

Picture material for illustration has been compiled, for example, by the magazine “Brigitte”. There you will also find the corresponding references to the character traits associated with the individual shapes: https://www.brigitte.de/liebe/persoenlichkeit/omphalomantie-das-sagt-dein-bauchnabel-ueber-deinen-charakter-11489846.html.

Other forms of the navel

While omphalomancy is mainly concerned with the shape of the outer edge of the navel, there are also a few classical descriptions for the scar itself. The most common ones are the T-shape, C-shape and U-shape. If you don’t know what these mean, please refer to the following article with its small picture gallery:
https://www.heimgourmet.com/artikel-slideshow-4053-2-was-sagt-die-form-deines-bauchnabels-uber-deine-gesundheit-aus.htm

In her novel, she describes the initiation of a young college student into a sorority. This initiation process includes a thorough body inspection:

I can see her navel. It’s an “innie,” but isn’t almost flat, too. It’s shallow, curving inward with a gentle bowl that looks to have a bottom of small wrinkles. It’s actually kind of cute.

The feeling in the belly button

Numerous nerves end at the inside of the belly button. This makes it somewhat sensitive to touch, whether by a finger or a tongue. The least that can be said is that this makes it one of the erogenous zones and deserves special attention during lovemaking.

The effervescent powder scene in Günter Grass‘ novel “The Tin Drum” has become famous. The protagonist Oskar Matzerath has fallen in love with an employee of his father. They spend a day at the beach, experimenting with a sachet of sherbet powder. Maria pours a little of the powder into her cupped hand, then asks Oskar to spit on her powder: it begins to bubble in her hand and she licks it off. The first time Oskar sleeps with Maria, he repeats this game:

Maria took the effervescent powder lying down. Since as soon as the powder fizzed up, she used to twitch and kick her legs, her nightgown often slipped up to her thighs after the first feeling. At the second flare-up, the shirt usually managed to climb over her belly, rolling in front of her breasts. Spontaneously, without having considered the possibility beforehand, reading Goethe or Rasputin, after having filled her left hand for weeks, I poured the rest of a raspberry sherbet powder sachet into the hollow of her navel, let my saliva flow into it before she could protest, and when it began to boil in the crater, Maria lost all the arguments necessary for a protest: for the boiling effervescent navel was much ahead of the hollow hand. Though it was the same effervescent powder, my saliva remained my saliva, nor was the feeling any different, only stronger, much stronger. So exaggerated the feeling occurred that Maria could hardly stand it.