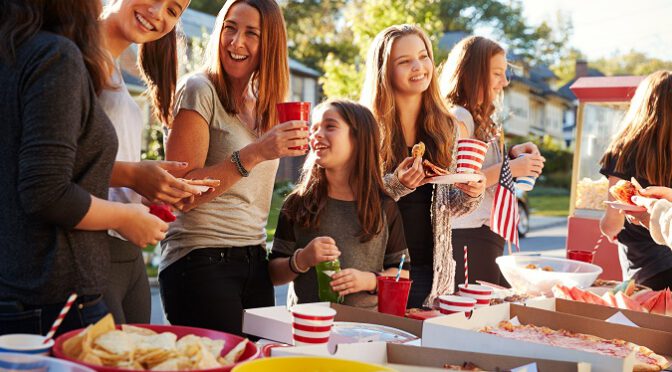 Once again Harvestehude, the Hamburg district where the Gamma Xi Delta Sorority’s villa is located, is the talk of the town. About five hundred young people had arranged to party there on the Alster meadows – the same place where Nina danced naked in the moonlight some month ago (see Trust Walk).

The background of this party was the nightly curfew imposed by the Hamburg Senate from Good Friday onwards due to Corona. The young people took this as an opportunity to celebrate again extensively on Maundy Thursday, and invited on various social media channels to come. Among other things, they had lit a bonfire and stood in groups close together, as young people do.

The appearance of the police obviously did not impress them much. They let themselves be driven away for the moment, but immediately regrouped elsewhere. It was not until around 22:30 that the party gradually broke up.

Danielle P., president of the Hamburg chapter of Gamma Xi Delta, emphasized that her students had noticed that a party was in progress, but had kept a low profile and not participated in the cat-and-mouse game with the police.