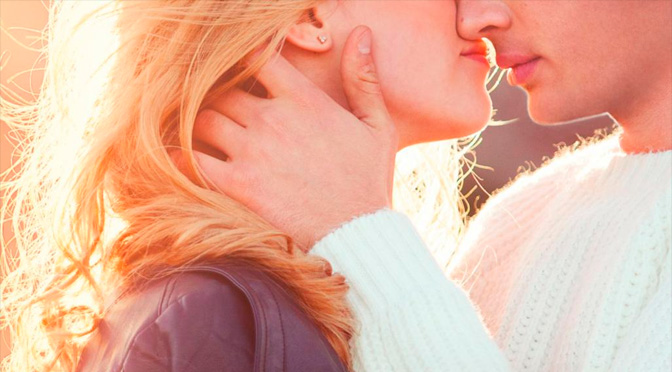 Elle Kennedy certainly belongs to the Queens of New Adult today. In 2005, the Canadian-born author completed her Bachelor of Arts in English Literature at York University. Although her age is not recorded anywhere, she is probably in her mid-30s today. In the same year, 2005, she won two prizes for her short story “Dance of Seduction”, including a “Golden Rose“, one of America’s oldest literature prizes. The following year she also received one for her short story “Angel of Seduction”.

The off-campus series is about four ice hockey players from the fictional Briar College. Dean, Garrett, Logan and Tucker live together in an old house off campus: Each of the four players is featured in a different volume of the series:

Of course, each band is self-contained. But since the universe of the series remains the same, the protagonists of the individual volumes regularly reappear. That’s what makes each story so charming. Secondary characters become protagonists of the subsequent volumes and every reader can guess who ends up with whom.

Because all four volumes are about love. The ice hockey stars of the flat-sharing community have to struggle with all kinds of prejudices. The fact that some of the students see them as trophies to show off causes that other students see them as hollow and conceited. First of all, there are many prejudices to overcome before they get their dream girls into bed.

Elle Kennedy narrates the slow approach between the athletes and the students of her heart with a lot of humor and pointed dialogues. In doing so she does not spare the dark sides of life. Each of the protagonists has to carry his or her package and thus becomes multidimensional and believable as a character.

The narrative perspective alternates between that of the boy and that of the girl, chapter by chapter in the individual volumes. This makes it clear from the outset who the respective protagonists are. But the changes of perspective also increase the tension, because the women often have completely different plans than the four passionate ice hockey boys.

January 2016 Elle Kennedy released volume 3 of the series under the title “The Score “:

Allie Hayes wants to become an actress and is about to take her exams in theatre studies. She has just received an offer to audition for a sitcom. However, she would then – maybe for years – be stuck with the role of the red-haired dummy. So maybe she’d rather have a small role in the theatre that would give her more freedom? And anyway: Where is the best place to concentrate on your acting career: Los Angeles with its plethora of film studios or New York with its countless theatres?

She has just split up with her longtime boyfriend Sean McCall. This is the fourth breakup with Sean in three years.  Ever since volume 1, “The Deal”, the constant separations and reconciliations between her and Sean have been a running gag. Her roommate Hannah calls it an on-off relationship. Only this time it’s a little more serious. Allie’s jealousies are now completely getting on Sean’s nerves.

He has also decided that Allie should give up her acting plans. “He’s got it into his head that he’s going to work for his father’s insurance company in Vermont, and I should be the happy housewife waiting for him with dinner when he gets back,” she says. If that is not a reason to end the friendship! But since Sean doesn’t want to give up his relationship without a fight and wants to stop by her in the evening, Allie flees for a few days to a friend’s house, the shared flat of Garrett, Dean, Logan and Tucker.

There she meets Dean Heyward-Di Laurentis, the hockey star of the campus, who is known as the king of the one-night stand. That’s why she is initially not interested in his charming courtship. But after a Netflix evening with a little pot and too much tequila she wakes up in his bed, angry with herself. From now on she gives Dean the cold shoulder. He’s not used to that at all. He does not want to be reduced to the role of a “friend”. So he turns it up.

Very detailed and credible “The Score” shows how the two slowly get closer. This is not surprising, but it is described lovingly and with a lot of humor by Elle Kennedy. As time goes by we get to know Dean from new sides so that we have to find him – together with Allie – more and more likable.

The story actually only becomes exciting on the last 60 pages, when this laboriously built up relationship threatens to break up with a loud bang and Allie pulls the emergency brake. Will the two of them be able to change course again?

With the final chapter, Elle Kennedy gallantly leads us to volume 4 of the series, “The Goal“, in which John Tucker is the male protagonist. This cliffhanger arouses curiosity because it brings a completely new aspect to the relationship mess on campus. The book will illuminate the relationship between Tucker and Sabrina James. She wants to become a lawyer and works for her studies at Harvard. A steady relationship doesn’t fit into her schedule, but then she meets Tuck. And the end of “The Score” suggests that this friendship will become quite a challenge in her life planning.

With this fourth volume, the off-campus series comes to an end. Elle Kennedy remains loyal to Briar College, however. In October 2019 volume three of the new “Briar U” series was released.