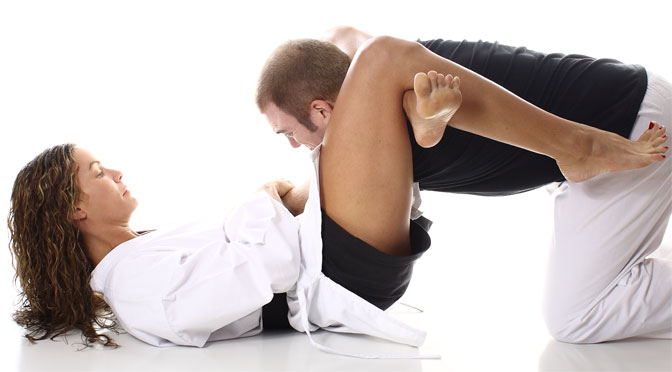 The new episode “The Jujutsu Photo Shoot” is with 45 manuscript standard pages much longer than the previous volumes of the Marion F. series. More space for mental cinema, character development and sensory impressions.

As an aside, Marion’s back view has also disappeared from the cover. This had the advantage of a high recognition effect but made it unnecessarily difficult for the superficial observer. The red-brown banderole under my name already shows that this is a Marion F. story.

What is the new volume about?

Marion wants to do her blue belt in Jujutsu on the coming Sunday but becomes unsteady during the last training before the exam. She would like to practice a bit more with her trainer. But he has scheduled a photoshoot for the evening, for which he has specially booked a model.

He offers Marion a deal: If she wants, she can take part in the shoot. In return, he will take her for an extra practice session. Her joy subsides when she learns that it’s about nudes.

As if that were not enough, she discovers that the model is a tanned twenty-year-old who knows how to put herself in the limelight. And she has no fear of contact.

View this book at amazon.com