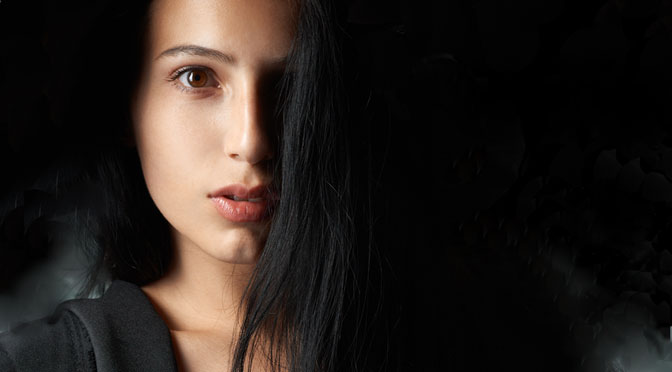 The second volume of the Gamma-Xi-Delta series is now also available in English: While in the German edition it was called “Blind Walk“, I have chosen the somewhat more precise term “Trust Walk” for the English version. Because I found out that for this kind of group dynamic exercise in America the term “Trust Walk” is more common. Since I use the same cover photo as for the German version, I hope that there will be no confusion because of the title.

Gamma Xi Delta Sorority has started its first chapter in Germany. While in America greek life is increasingly regulated, the sisters in Hamburg can live their traditions almost undisturbed.

On Wednesdays our group night is taking place. Each time the focus is on a different new member of Gamma Xi Delta.
This time Nathalie got it. She learned from an early age to take care of herself and not to rely on anyone. Therefore, the trust exercises she is confronted with are anything but easy for her.
Danielle, the president of the sorority, then plans a special challenge for her: a trust walk along the Alster. Blindfolded, dressed only in a mask and a cape. Guided by two of the older sisters of the mansion.
A dare? Yes, kind of. “Empowerment” Danielle calls it.
Unfortunately, on their way, they meet a fellow student of Nathalie’s and two of his friends. It’s a good thing he doesn’t recognize her right away. Because secretly, she already had her eye on him.

I stand blindfolded in the chapter room, to which only members of our sorority are admitted. What happens in this room stays here. This is the place where our group sessions are held, but also all ceremonial events. Heavy curtains hang in front of the large eyebrow windows and are drawn when we meet in here. You’re not supposed to be able to see what’s happening inside from the street.
My bare feet feel the warmth of the underfloor heating. Goosebumps cover my body – a cold shiver of expectation paired with burning hot cheeks and ears. Today it has hit me. Danny pulled the black bullet with my name on it.
Nathalie, that’s me. An architecture student who’s having a hard time with the subject. Who applied for a place at university because she wanted to study the same thing as the boy next door whom she had secretly been keeping an eye on for years. Only that Philipp accepted a place at the University of Arts Berlin while I enrolled unsuspectingly at HafenCity University Hamburg. Without a complete loss of face, a change in study location is no longer feasible. I don’t know anyone here in Hamburg. And I feel entirely out of place.
Gamma Xi Delta sorority is my attempt to have at least a few people around me who know who I am. Who give me the illusion of being part of a group. But the older sisters make me feel that I am only a new member. A pledge, until I get initiated. We have one semester to prove ourselves in the community. If we succeed, we will be accepted. If not, arrivederci!
The rituals of this sisterhood include the weekly group evenings. The balls are used to draw lots to determine which pledge will be the center of attention in the evening. Danielle, as president of the sorority, has the privilege of conducting the drawing. When she called out my name earlier and held up the piece of paper she had fished out of the ball for all to see, I winced. The sisters are great at confronting us with tasks that make us feel our limitations. Especially our inhibitions.
In the Gamma Xi Delta canon of values, trust is the first priority. Even before respect for the older sisters. That is why trust exercises are among the preferred activities on Wednesday evenings we spend together. According to Danielle, the most definite sign of confidence is to show yourself as you really are. Which is naked.
This is the main reason why we pledges are asked to strip from time to time. I’m sure I’m not spared that today either. The very idea that I will be the only one stark naked in a room full of dressed roommates makes my stomach turn.
I’m not shy. In some places, nudity is a natural state, like in the common showers after phys ed. I also have no problem changing when another sister is in the room. But on these group nights, nudity is not natural. We show ourselves in all our vulnerability like before a tribunal that judges us. And often, the most intimate details are brought to light. My throat is dry, and I swallow several times to be able to get a word out at all. I do not know where to put my hands and nestle around the seam of my jeans.
But I didn’t go this far to give up now. It may sound strange, but the sorority is a shelter for me in this busy city.
„Okay, Nathalie,“ says Danny, and there’s something warm in her voice when she recites her lines business-like. „Now we’ll see how far you can get involved with the group. We’ll test boundaries, but you’re free to drop out whenever you feel overwhelmed.“
I am already bewildered by the situation, but I would never admit it. It’s not easy for me to let go of the strings. And I suspect that I will have almost nothing in my hands for the next few hours.
The velvet scarf around my eyes is knotted so tightly that it presses against the pupils, and I see white patches of light. Only gradually do my eyes get used to the pressure. And to the darkness.
Nobody talks. I stand lost in the room. Don’t know where to put my hands. Blood is throbbing in my temples. I want to look casual and shift my weight from one leg to the other. No need to let the tribunal notice the fear crawling up inside me. So I try to smile. But the corners of my mouth are trembling.
I want to run away. A feeling of helplessness comes over me. And shame, tremendous embarrassment, driving the blood to my cheeks.