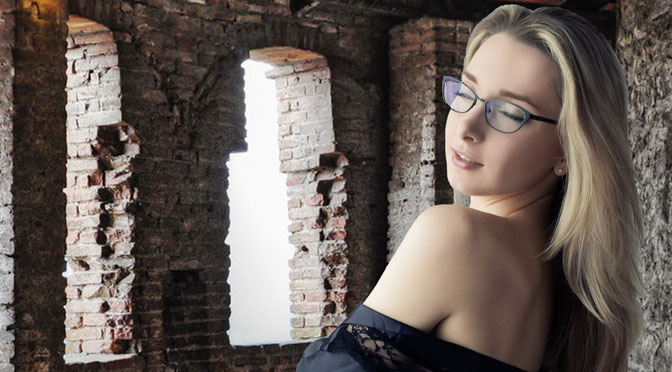 I wrote Nina and Ben’s story, whose car breaks down in the evening and find refuge in a remote hunting lodge after I’ve been watching “Rocky Horror Picture Show” for the umpteenth time. I wondered what would have happened if Janet and Brad hadn’t ended up in Dr. Frank N. Furter’s castle, but in Roissy, the castle where Pauline Réage’s “The Story of O” is set. The more I put myself in the setting, the more my story took on its own traits. And the result was something quite unique.

The first date between Ben and Nina takes them to northern Alsace. But on the way back from the restaurant, the car causes problems and breaks down in the middle of a forest, far from civilization. Luckily, they spot lights among the trees and arrive at an old hunting lodge.
Ben doesn’t speak French, but Nina gets a chance to freshen up a bit before they leave. She disappears. At some point, Ben sets out to find her. And has to realize that they have ended up in some kind of private club. All the rooms are equipped with Venetian mirrors, which he can see from the corridors.
Eventually, he finds Nina again. He watches her taking a shower and later having an intimate massage. But it takes time for him to find his way to her through the maze of corridors. They are allowed to stay overnight. But of course, there are mirrors hanging on all the walls in her room, too.