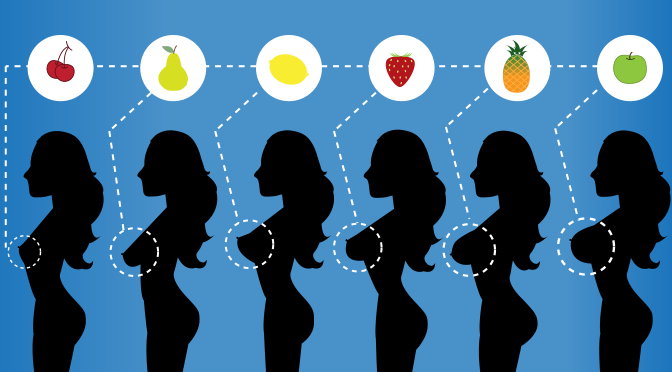 While searching for a systematic description of the shapes that breasts can take, I came across the Italian sexologist Piero Lorenzoni. His list of breast shapes mostly refers to analogies with fruit.

Piero Lorenzoni and his publications

Lorenzi is little known in Germany. He has published numerous books on eroticism in his homeland since the late 1970s. Some have been translated at least into French or English:

The idea of describing breasts by means of metaphors was not newly developed by Lorenzoni. But at least he systematized it to some extent. As explained above, he mostly resorts to fruit to characterize the shape of breasts. Here is the list:

For those who still have little idea of the forms, sketches of the individual shapes can be found at the German-language wissen-24.org/welche-brustformen-gibt-es_10045/.

This list does not claim to be complete but serves primarily to stimulate the imagination. Perhaps it can also be supplemented with more appropriate images. But these metaphors are more creative than if we merely reduced our descriptions of breast shapes to the basic forms. I find the description of a bust as triangular, for example, to be quite unimaginative and distant.

The fruit metaphors in literature

I did a little research to see how other authors deal with the metaphors. And indeed, the fruit comparisons are not that rare. Here is an example from Billi Wowerath’s “Alles echt Berlin”:

Secret images open up, intimate shapes, colors and smells. Is she wearing a bra? What kind of breasts does she have? Apple, kiwi, cherry? How does she smell and how does her skin feel? Warm, supple, budding? Fine hairs? Small mole?

The image of the apple-shaped breast originally comes from antiquity. Thus, in the “Love talk between Daphnis and a girl” by Theocritus, we find the following dialogue:

The girl: “Satyr, what are you doing? Why are you grabbing my breasts?”
Daphnis : “To taste your swelling apples first.”

from: Theocritus: Love talk between Daphnis and a girl

Another example, this time from best-selling author Clive Cussler, which plays with the relatively commonly used image of melon breasts:

“Men!” hissed Laura, who had abandoned her lotus position and was now brushing her shiny auburn long hair. “You men, and especially a certain kind of men, namely chauvinists in disguise like you, wish the earth populated with eighteen-year-old child-women, but who must have breasts as thick as melons, so that the child in the man has something to reach for. You would probably prefer all women to look like the girls on the center pages of men’s magazines.”

A quote from a Minnegesang by Clement Marot, the most important French lyricist of the first half of the 16th century. De facto, in literature, when cherries are mentioned, usually only the mamilla is meant. So also here.

Bosom that thou art all perfect!
Bosom that is of white silk,
That beats the rose in attention and spell,
Bosom that nothing can compare to!
Hard you are, a work of art delicate and fine,
Sweet round of most beautiful ivory,
You, in whose center pointed,
A little pink cherry sits!
No one sees her, no one comes close,
But I’ll bet she’s there.

Heinrich Heine, one of the last poets of Romanticism, describes in the fragment “Der Rabbi von Bacherach” how the Italian Don Isaac turns the head of the innkeeper at the inn where he is having dinner:

“This bosom, senora, to what shall I compare it? There is no flower in the whole of creation, no fruit that resembles it! This plant is unique in its kind. Although the stump defoliates the most delicate roses, your bosom is a winter rose that defies all winds! Although the sour lemon, the more it ages, only becomes the more yellow and wrinkled, yet your bosom vies with the color and delicacy of the sweetest pineapple!”

In the future novel “Unfern” by J. A. deMuth, the protagonist looks at a drawing that his girlfriend Claudia made of him and himself, in the act in bed:

The view fell sideways. Claudia was kneeling, leaning on her outstretched arms, her head on the back of her neck, her mouth wide open, her breasts like two ivory eggplants, spread between her arms. I knelt behind her, about to insert my cock into her.

I could continue these quotes, but think the principle is clear anyway. Comparisons, direct or indirect, metaphors, give clearer images and quickly lead to a visual impression without having to go into too much detail. Quite incidentally, they often have something poetic attached to them, which gives them an additional appeal.

Is there a connection between the psyche and the shape of a breast?

Some of Lorenzoni’s theses are summarized are presented with somewhat more detailed quotations and commented on ironically on the English-language page theregister.co.uk/2005/02/25/breast_shape/ .